In recent decades, field recording has emerged as one of the most rapidly evolving creative practices within the canon of sound arts. Here Lawrence English, the Australian artist and owner of the Room40 music label who just released a new album with Jamie Stewart from Xiu Xiu, continues his non-linear investigation into those absorbed in the horizon of audition.

Read Part 1 of the selection here.

All listeners owe a debt of gratitude to French wildlife recordist Jean C. Roché. This debt is not just for captivating us with his marvelous capture of birds (and other animals) whose calls are not a far cry from the best of twentieth-century avant-garde electronic music, but also for paving the way for an intensity of practice based on transforming field-recorded materials into imagined landscapes. On a personal level, I am indebted to him for helping me to identify a sound source in my own field recording work: after many years of owning a recording that I thought was some kind of mammal, perhaps a monkey, I discovered its true source when I revisited Roché’s incredible record. My mammal was in fact a pair of horned screamers, calling to one another across the canopy of the Amazon jungle. Roché’s work is exhaustive, and his passion seems to know no bounds. If you don’t believe me, David Toop might be able to convince you with this excellent radio piece he put together for NTS.

Kate Carr – From a Wind Turbine to Vultures (and back)

There are at least a dozen or so wonderful works from Kate Carr that typify her interest in sounds from the field. Australian born and now residing in London, Kate Carr’s work is often intimate and joyfully subjective. She sustains a concentrated sense of place through the embodied act of listening and recording, and From a Wind Turbine to Vultures (and back) captures that sensibility of the world well. On this album, recorded while she was on residency in Vélez-Blanco in southern Spain, Carr undertakes a Sisyphean task, trudging up a mountain side, through mud and on uncertain ground, to uncover the sounds of the mountain that rose in front of the place she occupied for the residency. What is most striking about this edition is the subtle pressures she extracts from her environment. There’s a playfulness, both in the recordings and the composition, but also great intensity. The low frequency booms of “Ascent” carry with them the mythological voice of the mountain.

To be blunt, Toshiya Tsunoda has been responsible for some of the most profound, and mysterious recordings one could ever hear. The Japanese composer’s work, which in the past decade or so has been tightly focused on physicality and vibration and how those phenomena can be explored in and around objects, maintains a matter of fact-ness that belies its incredible creativity. Scenery of Decalomania offers mid-2000s experiments with the passage of sound through resonant spaces. “Wind Whistling” is an utterly beautiful Aeolian inspired piece that transposes the sensation of wind into sound in the most unexpectedly delicate ways. “Curved Pipe,” in contrast, could easily pass as an early Thomas Köner composition; its sound is almost like that of the drone of a motor heard from inside your skull. These are recordings as unsettling as they are elegant.

Based in San Antonio Texas, Claire Rousey is one of a number of young field recordists whose personal connections to place and time resound in the absolute. Her pieces, many of which detail what one could consider purely incidental moments, suggest a porousness and availability which is refreshing and invigorating. On Both, she captures two locations, the Central Library in San Antonio and in Ciudad de México. “Library,” the first of the pieces, is perhaps the most curious in that it relies on a focus on various ensuant sound elements, a high-pitched electronic zing sizzles across much of the recording, and the moment an industrial motor starts up is eruptive, with an enormous load of bass saturating the sound field, and creates an utterly satisfying domination. These are recordings that appear casual but divulge a richer sense of attachment and a willingness to allow space to bloom, something that can’t be realized with more detached ears.

If there was a set of recordings that typify the quietening of the (human) world during this pandemic, then surely Geoff Gersh’s monumental work of documenting New York’s five boroughs must be close to the top of the list. Travelling to each neighborhood in New York City, Gersh amassed an epic temporal map of a city in stasis. Even in stasis, many of the recordings from Manhattan (and other locales) maintain a strangely industrial quality: a city breathing without a bloodstream of humanity. The ringing electric motor in “Chelsea” or the sparse, echoed voices and intercom buzz of “Hudson Heights” speak to the untired electronic oto-acoustic emissions of the city. This is a profound collection of work that will surely be gathered into the Smithsonian Institution Archives before long.

As a location recordist involved in various film and art projects, including amazing work for the Sensory Ethnography Lab at Harvard, Ernst Karel has cemented his position as a listener of the highest order. Beyond his collaborations, he is responsible for a series of pieces that skirt the edges of sonic ethnography and field-recording-led composition. Morning and Other Times (2014), recorded in Thailand, captures the lived experience of the everyday: a national anthem plays, birds scatter, dogs bark, and bells ring out from temples – all of this is collaged into the first few moments of this inspiring exercise in temporally condensed listening. Karel’s technical craft is ever-present, but this does not outweigh his willingness to follow where the sound leads him. This recording captures that sense of otherness we often feel in places where day-to-day occurrences are unfamiliar and not part of our own lived experiences. Morning and Other Times is a celebration of and a mediation on the beauty that is the ordinary casualness of people’s lives unfolding around you.

When Mount Saint Helens erupted in 1980, the blast and subsequent pyroclastic flow that spewed forth annihilated large tracts of the environment that existed on and around the mountain. Forty years later, Oregon-based field recordist Patricia Wolf returns to the site to take stock of what has emerged since that eerie silence haunted the mountain. Her curiosities were rewarded with an incredibly rich and dynamic sensing of early summer. Pieces like “Coldwater Lake Soundscape Five” capture the gentle dynamism and emergent activities of a season waiting to arrive. Her attention to perspective is impressive, capturing both the macro-vista of the mountain but also moments of intense micro-acoustic events, such as those presented on “Ant Hill” or during another recording where the beating of a grouse which dominates for but a moment. 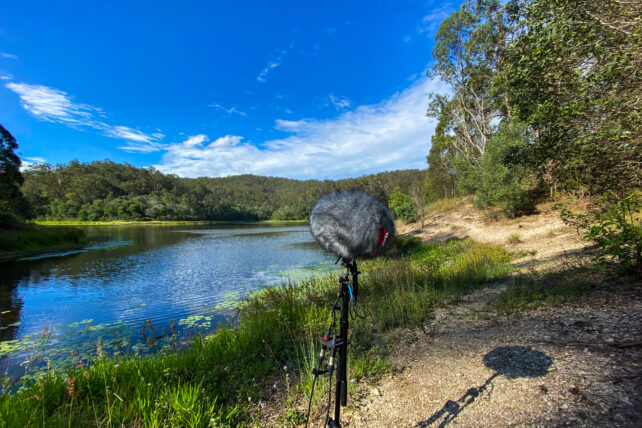 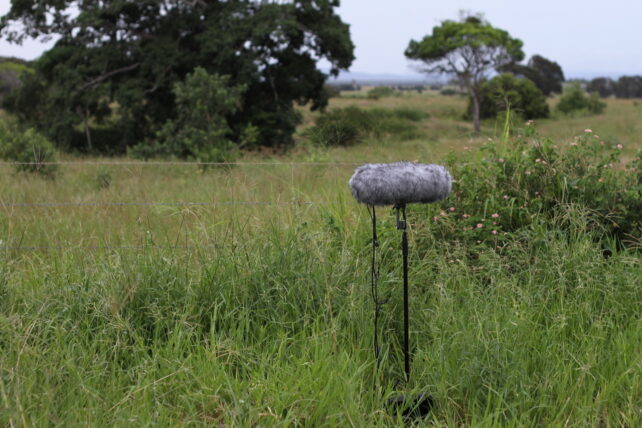 Lawrence English casts an ear towards some historical and contemporary field recording works that open up our capacities to sense and absorb the world around us.