“[M]y unconscious desire is always overdetermined by a desire to become white or disappear,” Frank B. Wilderson III said in a recent contribution to V/A. The African American author’s remark occurs almost in passing as he discusses what he can and cannot write about. The idea of disappearing keeps returning to us and has been doing so for a while: disappearance as individual and collective desire, artistic motif, rhetorical or dramaturgical sleight of hand, and, most recently, as the cause of a geopolitical disaster. When do people decide that they want to be seen and get involved in an issue? At what point and for which cause do they raise their standards? And how do they tell when the time has come to retreat?

For our current thematic focal point, we asked different people to make contributions about various facets of disappearing. Ian Whittlesea provides a first perspective. We contacted the English artist with his fantastic book Becoming Invisible in mind, a manual for how to put into practice the promise of its title. Whittlesea’s latest publication, the book Trataka, which contains 200 photographs of a candle burning down, formed the starting point for the essay published in V/A in collaboration with the English The Everyday Press. In the text, Whittlesea reminisces about his childhood reading of Roald Dahl and uses this experience to suggest how each moment of entropy, or artistic failure, can be stilled, studied, and revered through trataka, a meditation practice in hatha yoga.

Next, the Australian artist and label owner Lawrence English offers insights into a practice inherently connected to the idea of disappearing: field recording. This artistic discipline within the field of sound art, whose principal character is documentary, requires its practitioners to be as absent from the product as possible, a feat rarely achieved as the artists almost never succeed in excising themselves from the picture, or, rather, the recording. Field recording has generated considerable interest in recent years, although usually in connection with a few household names. English, himself a master of the discipline, introduces six of his peers whose work had received little attention so far. The list marks the first in a series of contributions by English that will be published over the course of the coming months.

We also look forward to further perspectives on our current thematic focal point by known and new voices. Biz Sherbert will hand in the second instalment of her series on “Intimacy and the Machine.” Following her take on desire in the virtual sphere, the American author turns her attention on religious and spiritual motifs that recently have been cropping up in online culture. Those who want to know what this has to do with the demand for radical transparency and the popularity of autofiction will have to keep an eye on V/A next week.

The motif of disappearing also plays a role in the work of Jimmy Grima. The Maltese artist dedicates his work to saving undocumented knowledge passed from generation to generation through practical instruction from being forgotten. For example, Grima has long been researching the bird trappers – including his father – of his home country, who attract birds of passage through imitating their singing, trap them using homemade snares, and keep them as pets. Bird-catching is not the only odd hobby Grima is interested in, as readers of his contribution will see.

Finally, disappearing also is relevant to our own role. Once a month, we take the floor through the “Editors’ Note,” only to retreat and leave it to the invited authors and their contributions. In this spirit, we hope you enjoy the current thematic focal point and take it upon us to vanish, until further notice. 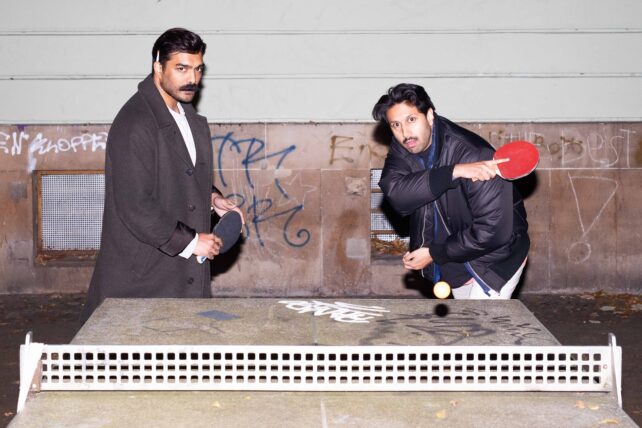 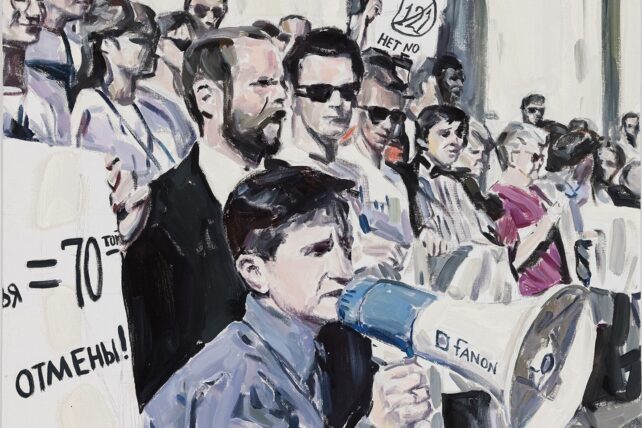 Painter Yevgeniy Fiks reimagines the dreamy utopia of the July Revolution of 1991.