For quite some time, the English artist Ian Whittlesea has been researching practices of emergence and disappearance. Based on his ventures into esotericism, occultism, meditation practice, and Bauhaus, Whittlesea has produced a series of publications over the course of the last years, which also always instruct and stimulate their readers in their descriptions of exercises and the author’s attempts at putting them into practice. The Egyptian Postures, On Colour, and, most recently, Trataka—handsomely illustrated by Whittlesea himself—are concerned with physical and mental techniques aiming at transcendental states of consciousness. Whittlesea’s interest, however, lies with the historical, political, and aesthetic ambivalences of these techniques, and he relies on the strategic deployment of words and gentle gestures to point to where they might fail. The essay Whittlesea wrote for Trataka as well as a selection from the book’s 200 photographs is here published in cooperation with The Everyday Press. The text opens with a childhood recollection of reading Roald Dahl, whose work has and will continue to occupy a visible cultural position long after his death in 1990; only in 2018, the author’s estate sold the rights to 16 of his works to the streaming giant Netflix in a seven-figure deal. Dahl is a controversial figure: he made unambiguously antisemitic comments shortly before his death, and at least some of his writing betrays misogynist or racist thinking. According to Whittlesea, none of these qualities are present in the story that provides the starting point of his essay, unlike Dahl’s characteristic misanthropy and cruelty. A welcome side effect of Dahl’s problematic history is the renewed engagement with the question how we should approach literary works we have come to love in spite of their authors’ at best ambivalent moral positions, which in turn revives the author as a subject of discussion after they were pronounced dead by poststructuralism. Whittlesea’s contribution also marks the beginning of a new thematic cluster. Under the title “disappearing,” we will be exploring practices and figures of submersion, retraction, and vanishing—as well as their inherent aporias.

Like many bookish children who grew up in the 1970s, I read Roald Dahl’s short stories far too early. The polymorphous perversity and adult viciousness of Kiss Kiss and Switch Bitch were an education and a bracing corrective to The Secret Seven. Alongside the leprous sex, talking brain, and general deceit, the tale that stayed with me was The Wonderful Story of Henry Sugar. Or part of it.

The story begins with idle playboy and gambler Henry Sugar discovering a hand-written report of how a Hindu mystic learnt to see without using his eyes – to see through physical objects to whatever is beyond them. The essence of the technique was to develop an inner sense of sight, brought about through concentrating on the flame of a candle. The dissolute Sugar immediately obtains a candle and sets about practicing with the aim of being able to see through playing cards.

Given the story’s author, we might be tempted to assume that something will go terribly wrong for Sugar. That he will learn to see through objects only to spend the rest of his life unable to see what is in front of him, or that he will come to see people as merely bones and gristle. The twist in the tale is that he succeeds, and that the daily discipline of candle meditation has changed him.

The original Hindu mystic (and Henry Sugar) were both practicing trataka, a yogic method of meditation that involves staring at a single point such as a black dot or the center of a candle flame. Trataka is said to still the mind, stimulate the pineal gland, open the third eye, and promote psychic abilities.

Outside of the possibility of occult powers, one of the things that initially fascinated me about the story was the length of time it took to master the technique. The mystic took 15 years, and Sugar himself three years and three months. What if at the end of that time one failed?

As an artist I’ve spent what is rapidly becoming a lifetime pursuing a self-generated series of tasks, the success of which is ambiguous at best. It has become a life filled with the potential of total failure. A realization that what one does has no effect or is just wrong, stupid, misguided; that time, perhaps a lifetime, has been wasted; that, rather than achieving anything concrete, all the looking and thinking and making has been in vain. That one has been simply staring at a flame as the candle below it burns away. And yet there is always the chance of success…

I was reminded of the story of Henry Sugar and trataka while working on a book called The Egyptian Postures. It was concerned with esoteric practices and their relationships to color theory and eugenics. While trying to grasp the interwoven histories of Bauhaus, Mazdaznan, Theosophy, W.B. Yeats, and Aleister Crowley, I came across the obituary of a woman who had damaged her eyesight through practicing candle meditation. I made a mental note to return to it and moved on to more pressing matters.

Who that woman was, and how her story relates to Yeats or Crowley, I cannot say because I’ve been unable to find the obituary or any reference to it since. I’ve scoured the internet to no avail, visited occult bookshops, and interrogated witches, pagans, Buddhists, and historians, but no one was able to tell me who the woman might have been. All I am left with are my memories of a half-read article. Was she a poet, a critic, a novelist? Someone who did something that is considered obituary-worthy at least. Perhaps somebody reading this will know?

All of which suggests why I began working on the book Trataka, eventually published by The Everyday Press, London in 2020. What the book does is another matter. Trataka consists simply of two hundred photographs of a candle as it burns in daylight. Although it resembles a series of stills from a film, each photograph was taken individually, necessitating six hours of concentration and attention to ensure the exposure was adjusted and the shutter button depressed every two minutes. A selection of the photographs are shown alongside this article.

The photographs record the subtly changing light of a passing November day, as well as the gradual disappearance of the candle’s physical form. Wax is consumed by flame, and a solid object converted to light and heat. The final photograph shows the moment the flame goes out. A trace of white smoke rises from the extinguished candle wick.

Of course, candles have been used in art, religious spaces, and rituals for thousands of years, the naked flame coming to symbolize many things – the light of transcendence, the illumination of the faithful, the transubstantiation of matter into spirit – and simultaneously to act as a memento mori, a reminder that everything has its time, that the flame will inevitably go out.

In this relationship to death my documentation of a candle’s passing resembles another meditation practice: Buddhist maranasati, the visualization of one’s own death and decomposition. Traditionally this begins with summoning the image of one’s own corpse, followed by seeing the skin turn blue and fester while the flesh rots and is eaten by worms to reveal the skeleton beneath. Finally, one’s bones become dust that is scattered by the wind until no trace of the body remains.

The white cloud of bone dust mingling with the atmosphere returns us to the white smoke of the candle’s last moment; yet, the intention of maranasati is not simply to anticipate extinction or to allow us to look upon death with equanimity. It also serves to remind us that through trataka each moment of entropy, or artistic failure, on the way to that end can be stilled, studied, and revered. 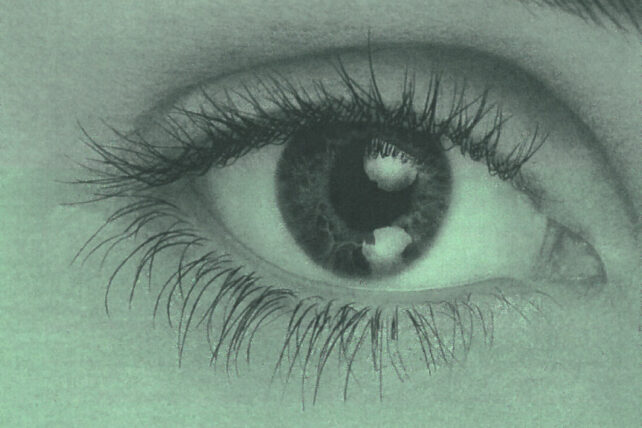 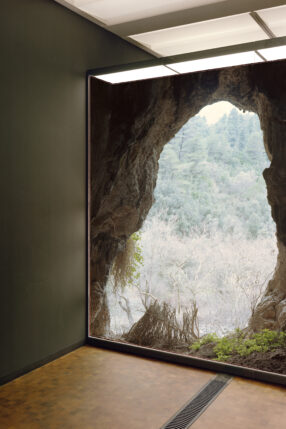 Danaé Panchaud met Zurich-based duo Taiyo Onorato and Nico Krebs to discuss the unexpected visions of the future they create in their work.