What risks are you willing to take? When is it okay to cross a line? How can one create spaces that allow those questions to be explored? Eva Neklyaeva is deeply concerned with questions such as these and the question of freedom itself, not only in her curatorial practice, but also in the fields of politics—and sexuality. Based between Helsinki and Milan, she consciously draws on practices, ideas, and perspectives she gathers from those different fields, which then come into practice in her various projects, like the Santarcangelo Festival in Italy, where she was served as an artistic co-director, the Wonderlust Festival for a diverse and creative sexuality, that she founded in Helsinki, or the publishing house Samara Editions that she currently runs. For V/A, Neklyaeva offered to expand on those insights in discussions with colleagues who, like her, are interested in practices that combine sexuality and art. She gathered these insights in a series of three articles that we will publish over the next few days. In exchange with Neklyaeva, Milan based illustrator Filip Adrian designed a series of images that accompany the articles. Part 1 of the series, that we are publishing today, is devoted to the concept of consent.

Curatorial practice has a lot to do with the gathering of bodies in a particular space. When organizing an event, you become a host: you welcome people into a space. These people are physical beings. They arrive in their bodies, filled with desires, needs, limitations, and possibilities. I work with dramaturgical methods whose ideas are grounded in respecting this physicality: nurturing, softness, abundance, as well as exhaustion, coldness, scarcity.

Since I have started to work in the sex-positive field, my understanding of consent has changed completely. The arts tend to be obsessed with taking the audience out of their comfort zone. At times, this is absolutely needed, but it should not forget to ask for consent first. Recently, the much-needed conversation about the necessity of consent in the relationship between directors and performers has been picking up pace. As a curator, I want to extend this discussion to the relationship with the audience. Both art and sex are about taking a risk – one that has to be taken consensually.

Jarkko Partanen is a choreographer based in Helsinki, and he teaches consent – how to explore one’s body and the body of others – in workshops with different participants: with university students, amateurs, and professionals. Eight years ago, we co-founded Wonderlust, a festival of conscious and playful sexuality. During a Zoom call with Jarkko from Helsinki, where he currently is staging a new show with the Bauhaus performing arts collective, he tells me: “Actually voicing your desire, saying what you need, asking for consent – in my experience this is a totally new thing for 90% of the participants. When it comes to actually saying ‘stop,’ or also asking for a touch, for something you’d like, usually people say that they didn’t know that they could do this!”

Jarkko is also dealing with consent when he produces performances. “As a choreographer, I have a tendency to put performers in rather challenging situations on stage. It might be very dark, and the whole floor might be covered with lube, or they might even be inside a plastic bag. Environments such as these constantly challenge performers and force them to find new ways of working with their bodies, with themselves and with others. When you put people in such vulnerable positions on stage and ask them to surrender to this vulnerability, there absolutely needs to be a very active way of dealing with consent. I need to know that what I am asking is okay, that I am not crossing any lines and that the performers find enjoyment and pleasure in their work.”

Due to his interest in the position and agency of the audience in performance works, Jarkko also investigates the ways and means and audience is asked to take risks – at times concrete rather than metaphorical risk. “With Wauhaus, we’re interested in all levels on which a performance communicates,” he tells me. “Light is one, then sound, the bodies of the performers, and the audience, smell, but maybe also other factors and sensations. We did a piece called Dirty Dancing in 2014, where there was a lot of food stuff on stage, and it smelled like hell in the theater. But it looked beautiful and was kind of arousing, so there was a good kind of ambivalence there. We then felt that the dirt is too far away from the audience. Having these wet messy bodies right in front of you is a different thing from having them ten meters away from you. We moved the audience much closer so that it was sitting in a ‘splash zone’: there was a risk of getting splashed with all the fluids we were using on stage. This kind of…not danger, really, but a sense of risk, the sense that something is at stake in the performance, that gives an audience a different experience. The spectators never really got wet in the end, but we played with the risk of it.”

A few years ago, I went to a performance by the Swedish company Poste Restante, where I spent a whole day doing my best to respond to the artists’ challenge to their audience: to plan and to organize a perfectly egalitarian NGO with the sole purpose of fulfilling the sexual fantasies of its members. Guided by the artists – all dressed in blue suits looking like the new breed of conservative left politicians – we debated for hours how to create equal opportunities for pleasure for everyone involved. It was one of the most awkward performative experiences I have ever been a part of, and at the same time it was rather intriguing.

Remembering that bewildering performance, I wrote to the co-author of that show, Linn Hilda (LH) Lamberg, a trans-disciplinary artist and performance maker who works with immersive and participatory formats. LH creates very detailed and believable worlds: from a training facility for people to learn how to have fun at parties to a re-enactment of the infamous Korpela movement, which started as a religious organization but quickly became a kind of sex cult. In these immersive role-play-like situations, the spectators become performers themselves, so questions of consent are at the forefront not only for the choreographer and the performers but also for the audience.

“Two things are crucial in order to offer safe situations where visitors are in a position to explore their limits,” LH told me. “One is to give the visitor enough information for her to understand what she is saying ‘yes’ or ‘no’ to. The other is to make sure that the visitor is in control of the escalation, that she has to keep on saying ‘yes’ (or ‘no’), in order for things to proceed. I think that there is a beautiful logic in the fact that the words ‘hosting’ and ‘hostage’ are so similar. Being a host comes with carrying out an amount of oppression no matter how good your intentions are. You create the situation, you set the rules, and you own the language in which the rules are negotiated. For me, this is crucial to remember.”

LH emphasizes that she’s trying to build as safe and respectful situations as possible, but that she can never escape the position of authority that comes with being the host, no matter if she’s keen to identify with it or not. “The situation in itself is manipulative, and the audience is generally very eager to ‘be good’ and ‘do the right thing.’ Therefore, I have to make sure I protect the audience from my own authority. This has also helped me formulate a critical opinion of an overly romanticized belief in the contracts and agreements I often encounter within BDSM practices. I find this to be a problematic simplification of consent. Our identities, and their power relations, will always influence and corrupt these agreements to a certain degree. An agreement should consider this fact. The audience can never fully trust that I won’t mess with their boundaries, and I think it’s perfectly rational of them if they don’t. They shouldn’t!” 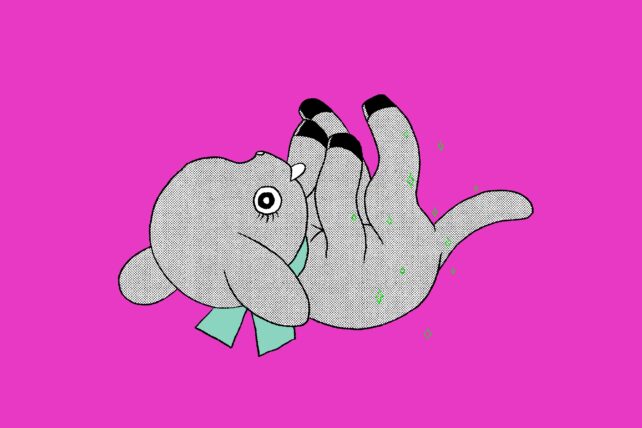 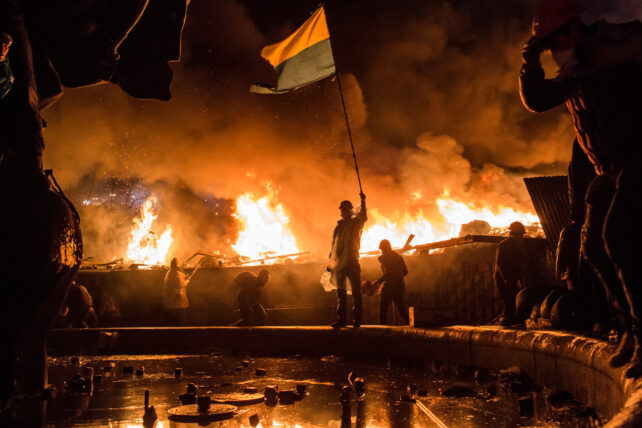 Beginning with this first part, the multi-part essay by writer and curator Alex Fisher considers fire as a motif and metaphor for (un)making meaning and memory, situating artworks, exhibitions, and ephemera in thick correspondence with societal tendencies, tragedies, and triumphs.