Pushing the human body to its limits; liberating women’s bodies (or bodies perceived as female) through stage work; exploring new forms of community—one certainly can view the artistic work of Florentina Holzinger in terms of the political. Nevertheless, the Vienna native also wants to entertain, and it is the fusion of spectacle and a utopian vision that characterizes the stage work of the choreographer and performer. Her ambition keeps pushing her onward—most recently to the Volksbühne in Berlin, where she put on Dante’s Commedia with great pomp and circumstance. The German author and publisher Sascha Ehlert met Holzinger in the Sophiensaele in Berlin, which hosted her award-winning production of Tanz – Eine sylphidische Träumerei in Stunts back in December 2021. The resulting conversation, which will be published in a longer version in the current issue of German print magazine Das Wetter, details Holzinger’s relation to the theater world and her own work. Svenja Trierschied photographed the artist in the stage set.

SASCHA EHLERT: Right now, you primarily work in institutional theaters, for example the Münchner Kammerspiele and the Volksbühne in Berlin. That wasn’t your plan originally. Have you “arrived” in these places, or do you plan to “move on”?

FLORENTINA HOLZINGER: In my view, it doesn’t have to be either one or the other. I’m content where I am at the moment, and I wouldn’t say yes to something in the first place if it didn’t help me develop or give me the chance to try out new things. So far, my stage work opened new territory for me, which is why I always ended up having these cool experiences. More generally, it’s important to me to remain artistically independent. When I was working for the Kammerspiele last year, things happened very quickly, and I suddenly found myself confronted with this machine. To be honest, I took that job in part to learn how I could change the way I communicated with the people at the Volksbühne, to make sure that I could defend my integrity as an artist. I also don’t mind working within a fixed structure because it allows me to test out various ideas. If that in itself is not enough, you can always try to explode the structure to cause friction. Having said that, I still don’t feel as if I’ve arrived on these stages—I’m not ever sure one ever “arrives” anywhere.

SE: Your performances have grown bigger in scale over the past years. Are you generally a person that thinks big? Do you have a specific vision for how you want to develop your artistic practice in the future?

FH: I’m aware that “the bigger, the better” is not really a good strategy. You always end up paying a price for it, as I’ve had to learn myself. The bigger something is, the more difficult it is to get everything right. As an experiment in itself, going big is an enriching experience because it leads to more opportunities. This, in turn, makes it possible to become more precise. The stage is, of course, a rather small space (laughs). Not in the sense that other spaces are bigger or have more money attached to them, but in relation to my preference for explosive movements. This simply means that the larger the space, the better I can perform these movements—and I dream of large outdoor spaces. I don’t just want to keep my feet firmly planted on the ground; I want to explore the air, water, the mountains, and what have you.

SE: What contexts would enable you to make these dreams a reality?

FH: I like the black box of stage theater. It’s a more controlled setting. I’ve also worked in gallery spaces, but it’s hard to make a living with just that unless you’re a hot shot. I’m still interested in working in large spaces, for example a hangar that would allow me to fly through the air and that isn’t limited by the possibilities of stage technology.

SE: When I read reviews of your work by “professional” theater critics, I can’t help but noticing how limited their perspectives on your work seems to be.

FH: I think the theater world has not yet learned how to write about my work without constantly highlighting our more extreme projects.

SE: Is it important to you that your audience takes something particular from your work? Or are you more concerned about the people on stage enjoying what they’re doing?

FH: It’s impossible to create a performance for a specific response—not unless you want to control people’s mind, and I don’t. Aside from that, you should always enjoy what you do on stage. If you don’t, it’s fucking pointless to do art. But after twelve, thirteen years of working, what I do is of course not random. I see my work as an answer to the questions I ask myself while the times are changing. The themes I engage with are rather specific, and I always try to delve deeper into them each time; however, I’m not after a teachable moment—I don’t want to lecture anyone. I’d rather have people arrive at their own understanding of my work, which they do not need to be able to put into words. It’s not about providing specific content. I create my performances as if I was my own audience; yet, in the end, our performances are made to be witnessed. That is the reason I try to be considerate in my work.

SE: You like to use repetition as a dramaturgical tool, particularly in Étude for an Emergency, where individual processes are shown again and again, but each time a little more slowly until they seem to become frozen in time. As a member of the audience, this struck me as deeply meditative in spite of the violence of what was happening on stage. Did you feel similar when performing the piece?

FH: It’s of course subjective what someone perceives as meditative, but for me, physical training certainly develops such momentum sooner or later. It calms me down. At the same time, what we do on stage demands a great deal of concentration, which is why you need to be focused. You can’t just drift off. And, yes, in Étude we brought that to a head. That’s the reason we chose the title: it’s about practicing it. In spite of this, each run differs from the previous one even if the basic form remains the same. The journey of the specific audience alone makes sure of that.

SE: Why and to what extent is the energy of the audience important to you and the others on stage? What were the most extreme cases of audience reaction that clearly impacted the performance?

FH: It started with Apollon. That was the first time we worked with real blood. Sometimes people didn’t properly read the trigger warnings, or they didn’t know that they were sensitive to seeing blood. The classic symptom is that people faint. That always had the most severe impact because it created unrest among the audience. That was particularly worrying at first because, as performers on stage, we are in a completely opposing state: we have everything under control, even if it sometimes does not feel like that for the audience. Our shows consciously integrate moments in which the viewers should doubt whether we really have everything under control. In contrast, when something unplanned happens among the audience, then we’re talking about an actual loss of control, and we’ve repeatedly had people faint over the years; in fact, sometimes they fainted in droves. We ended up briefing several audience members in advance to have them sit among the others undercover and help people exit and give them water. Usually, the people don’t leave because they don’t like the show; to the contrary, they’re deeply immersed in it. Of course, by now our shows have a certain reputation, and people know that they’ll watch something that isn’t necessarily pleasant. It’s comparable to watching a horror movie and knowing that you’re not going to chill throughout.

SE: How important is the collective aspect of your work? Do you explicitly seek to create utopian spaces in which you, performers perceived as female (and I’m aware how cheesy this sounds) can be free?

FH: If that’s even possible… I’m not sure if there is a frame, such as the rehearsal process, that can function differently from the rest of the world, but there certainly is the impulse to create a utopian community. It’s based on a model that sets up its own rules. That’s how I view my work: the creation of different models. That of course also means finding out who a model works for and who can find access to it. My background’s in experimental dance, and that’s its own bubble. Something that works there might not work for someone coming from the visual art world. Sooner or later you’ll also face the question of class. By the way, that’s what I liked about working on A Divine Comedy, which had a huge cast. We had to find a model that worked for all kinds of different people—and that wasn’t easy (laughs). Everyone involved helped conceive of that model—so I would emphasize again: community building is important to our shows. 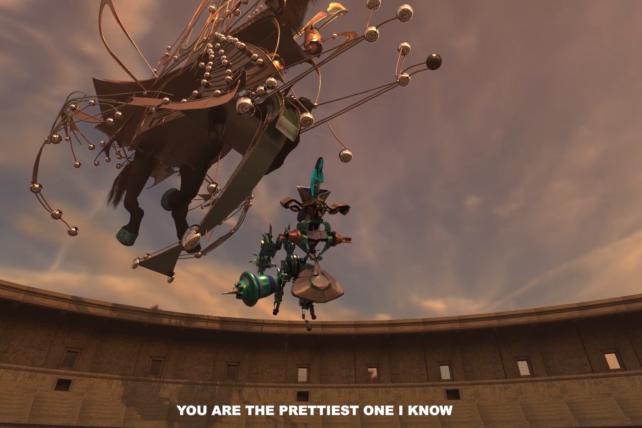 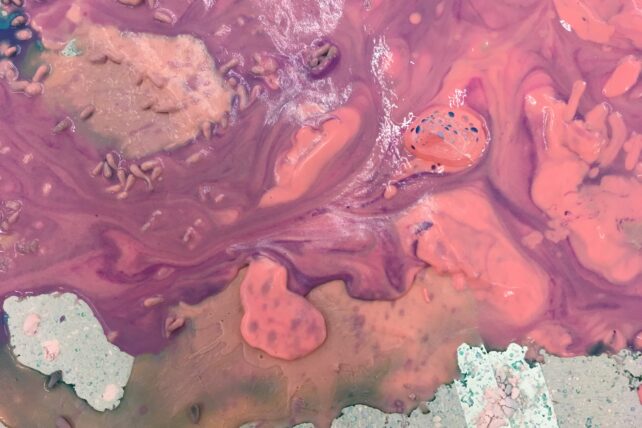 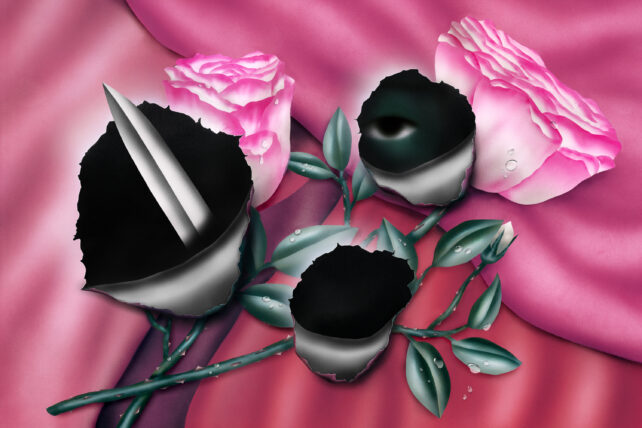 How may the acts of destruction, injury and harm be productive and aesthetically interesting for artistic strategies? We pursue this question in the context of a new thematic focus on harm—and vulnerability.